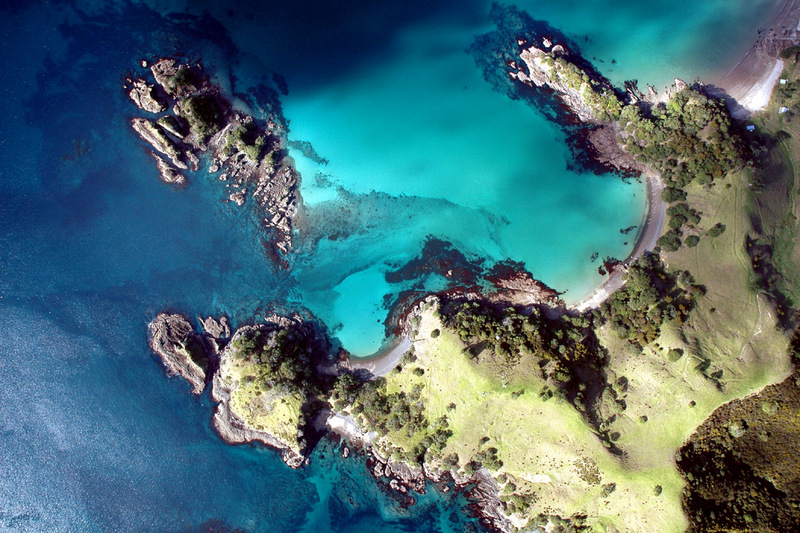 An aerial photo of the complex reef habitats at Mimiwhangata Marine Park, photo by Roger GraceThis web site is primarily focused on marine reserves and the processes involved in creating an effective network of marine reserve or high level protection areas. The enormous benefits of doing this are well established both here and overseas. A positive feature of setting the ambitious goal of an effective network of high level protection, is that it will support all other aspects of management due to the protection it provides for species, ecological function, genetic diversity, behaviors, age classes structures, a long list really. And there are many other management objectives and strategies which people will legitimately want to pursue. This section attempts to outline what they are and what they can contribute to our current challenges and opportunities regarding the sea around us.

Here are some examples of  'other tools'. The current policy document is entitled Marine Protected Area Policy and Implementation Plan. Covered in this document is the definition of 'protection standards' which sets out where a line can be drawn between tools or management actions which can demonstrate significant marine biodiversity benefits versus others that can not, and exist for the purpose of some specific management purpose. Within this content examples of using the various tools are explored.

In order to evaluate what is needed to add to or achieve an effective network of marine protected areas, DoC carried out a study to analyse and map, at a broad NZ coastal area scale, representative habitats as suggested in the policy document. The detailed report and series of maps can be downloaded on a DoC website page, Broad Scale Gap Analysis on MPA in NZ, (DoC, 2011). This report provides an analysis of which coastal habitats in the New Zealand Territorial Sea are currently represented in protection areas meeting the MPA Protection Standard. This study was based on sparse information for some regions and a very broad scale. However it is an important start point for the systematic planning that is required to achieve the MPA goal.

Note on the MPA Policy: as a Government policy document, its purpose is to guide - not to be confused with legislation which is binding on Government Departments and the Courts. 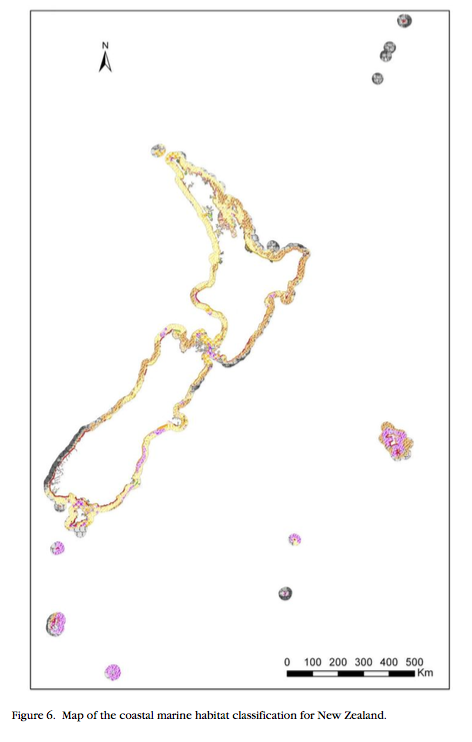 For a further and very valuable discussion of legislation and policy, and where we should go in these areas, we recommend The Environmental Defence Society book by Kate Mulcahy, Raewyn Peart & Abbie Bull,  "Safeguarding our Oceans: Strengthening marine protection in New Zealand", (2012). This book reviews New Zealand’s current marine protection framework, developments in other countries, and international best practice. It identifies weaknesses in New Zealand’s current approaches in the context of its international obligation to achieve a representative network of marine protected areas. The report then provides recommendations for the design of new marine protection legislation, which is essential if New Zealand is to effectively manage its oceans.The book is available to download in separate chapters.

The Department of Conservation has a detailed information page on its web site that is also a good general source of MPA information; 'Other Marine Protection Tools'.

NZ has one marine park at Mimiwhangata created in 1983 utilising regulations under the Fisheries Act. This Marine Park excludes commercial fishing and has some recreational fishing limitations. The now current Fisheries Act 1996 does not give powers to create marine parks, so today they can only be created by special legislation. Examples are the Sugarloaf Islands Marine Protected Area Act 1991 and the Hauraki Gulf Marine Park Act 2000. Each marine park has different rules. Today, two out of the three marine parks meet the MPA protection type 2 standard as they prohibit commercial fishing as well as amateur dredging, Danish seining, and bottom trawling, among other measures.

Mimiwhangata and the Hauraki Gulf Parks are very important examples of past efforts to achieve marine protection and are detailed in our Case Studies section. These two examples, in very different ways and circumstances, illustrate that there is great potential in creative one-off solutions using Special Legislation to support a local or region planned effort. At the same time as is the case in both of these examples there is always the potential that the actually biodiversity and ecological goals are over shaddowed by other processes such as utilisation of resources, percieved competition for marine space or use of management tools which are not sufficently targeted to achieve the biodiversity objectives. A recurring theme also in these discussions is the need to streamline costs and the importance of any intitiative being consistent with and achieving Regional and National biodiversity protection goals. 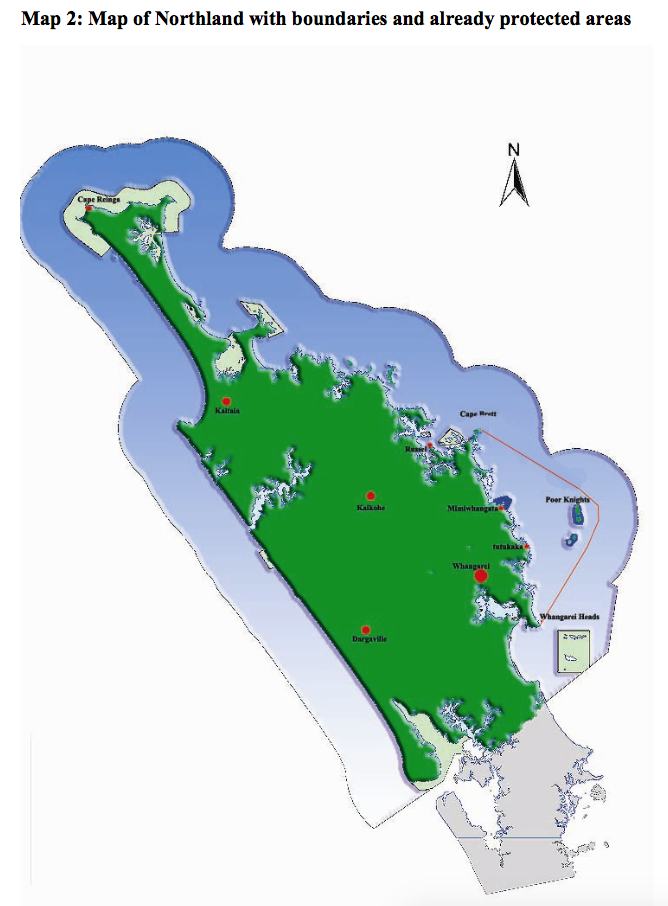 Map of proposed Tutukaka Coast Marine Park (red line)This concept has been around in New Zealand for quite some time but there have been very few created. There is significant interest in the concept as recreational fishing occurs in nearly all of New Zealand's coastal environment.  Currently, in the proposed Marine Protected Areas Bill (which has had its introduction to Parliament delayed, not explained by Government), there is a section which creates a legal designation for Recreational Fishing Parks. Originally there were two such Parks proposed, one in Marlborough Sounds and one in Hauraki Gulf. The concept and particulars are described in the Government's 'A New Marine Protected Areas Discussion Document'.

In Northland there are proposals being looked at: one has been analysed by a team of consultants and is an interesting case study. Here are two documents to review on the Tutukaka Coast Proposal.

The jury is out on the value of the recreational fishing parks. Without any doubt our recreational fishing resource and its future health is important culturally and economically. However where there is conflict with commercial fishing this will have to be resolved and the role of high level protected areas, marine biodiversity restoration  protection goals and strategies within any spatial arrangement will need to be appreciated.

The practice of Traditional Management through the use of the Fisheries Act based customary tools will play an increasingly important role in our coastal area. We refer you to these pages to explore these tools further.