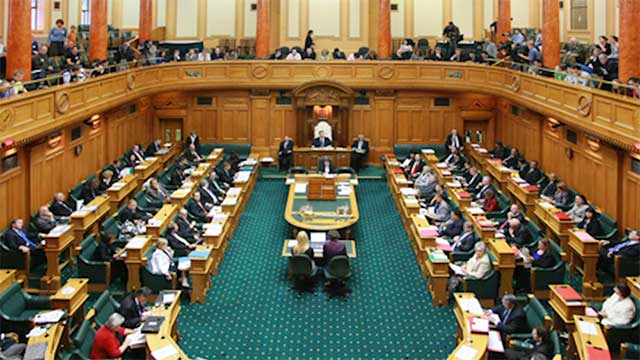 These people make the rulesGo to our Legislation and Policy Archive

Marine reserves in New Zealand are created and managed under the Marine Reserves Act 1971.

In addition to the creation of marine reserves, there is a wide range of legislative tools available to manage the marine environment in New Zealand. The following table provides a useful summary, followed by a Policy summary.

The New Zealand Biodiversity Strategy 2000 gives effect to our obligations under the Convention on Biological Diversity. The Strategy sets out an action plan, requiring the government to develop integrated marine management tools.

The Marine Protected Areas Policy and Implementation Plan, together with the Marine Protected Areas Protection Standard & Implementation Guidelines ("MPA Policy" and "MPA Guidelines") set out the government's approach to the creation of marine protected areas in New Zealand. Marine reserves are recognised as a core tool in the development of a representative network of marine protected areas.

The Marine Reserves bill (unlikely to ever be enacted in its current form) provides that the agreement of the Director-General of Conservation be required for the development of independent marine reserves applications. It is likely this provision will be carried forward into any new Marine Reserves bill.

STATUTORY AND POLICY REQUIREMENTS FOR AN APPLICATION FOR A MARINE RESERVE

The following section briefly summarises the key requirements under the Marine Reserves Act 1971. While many parts of the Act are now out-dated and inconsistent with government policy, it remains the statutory framework to which any applicant (including the government) must comply.

Section 3 of the Act sets out the overarching purpose of marine reserves, which should serve as the starting point for the consideration of any application to create a marine reserve.

"... for the scientific study of marine life, areas of New Zealand that contain underwater scenery, natural features, or marine life, of such distinctive quality, or so typical, or beautiful, or unique, that their continued preservation is in the national interest.

The purpose of the Act is limited and does not reflect the broad objectives set out in the New Zealand Biodiversity Strategy, the MPA Policy or the MPA Guidelines.

To address the objectives and actions of the [New Zealand Biodiversity Strategy], the objective of the MPA Policy is to:

Protect marine biodiversity by establishing a network of MPAs that is comprehensive and representative of New Zealand's marine habitats and ecosystems.

Marine reserves will be used under the MPA Policy to contribute to the network via:

b) Selection to meet the Government decision that marine reserves will be used to protect:

(i) representative examples of the full range of marine communities and ecosystems that are common or widespread;

What should be included in a marine reserve?

Section 3 of the Act provides guidance as to what kind of areas may be included in a marine reserve:

"... for the scientific study of marine life, areas of New Zealand that contain underwater scenery, natural features, or marine life, of such distinctive quality, or so typical, or beautiful, or unique, that their continued preservation is in the national interest.

While section 3 remains the statutory (and therefore binding) benchmark, the emphasis in the Marine Reserves bill and in the MPA Policy and Guidelines is on establishing a representative network of marine reserves. The MPA Policy provides clear "network design" and "planning" principles, to guide the development of the MPA network.

Applications for marine reserves should focus on demonstrating that the proposed area will advance the establishment of this network, through consistency with these principles.

Under the Act, marine reserves may only be created within the territorial waters of New Zealand. The Marine Reserves bill extends the potential area to the outer limit of the exclusive economic zone (which would bring us in line with our rights and obligations under the United Nations Convention on the Law of the Sea).