Bill Ballantine receiving one of many conservation awards“I have ideas that I would like to see change the world.”

Go to our Ballantine Archive

We have introduced Dr Bill Ballantine's work to you on our page about benefits of marine reserves. We repeat below links to his website. We have also assembled our own collection of Bill's works on marine reserves which include a few additional articles not present on his web site. All or some of the files can be conveniently downloaded for your study.

Here are the links to 22 of his published papers that cover all aspects of the principles of marine reserves and discussion of the benefits:        Marine Reserve Infomation page

There are three excellent Marine Reserve Powerpoint presentations created by Bill available on the site.

Bill produced a Marine Reserves Book, it remains the best campaign resource ever produced for people wanting to understand and work towards creating a marine reserve.

Go to our Ballantine Archive

" The concept of marine reserves is new and different from standard marine management. It is proactive rather than reactive. Its operation is not dependent on detailed information. Marine reserves are additional to detailed and general marine planning and management, which will continue to operate and develop outside the reserves. Marine reserves provide essential support to these management systems, especially by providing insurance and buffers against ignorance and error.

Marine reserves aim to maintain (or restore) the intrinsic biodiversity and natural processes. No fishing is permitted nor any removal of material. No dredging, dumping, construction or any other direct disturbance is allowed. Within these limits, people are encouraged to view the results (directly or vicariously) and hence learn the values of natural biodiversity. The reserves and their rules are permanent.

The known benefits of marine reserves already form a long list and cover a wide range. More are being discovered at a rapid rate. Many direct benefits to science, education, conservation, and various forms of recreation are now well-established. Indirect benefits - to the fishing industry, to tourism, to resource planning, and to ecosystem health – are steadily becoming clearer, from empirical data and from modelling. The potential benefits of marine reserves are universal in scientific and social terms. They are independent of bio-geographical region and ecological habitat, and also of culture, politics and economics. Marine reserves can work anywhere. " 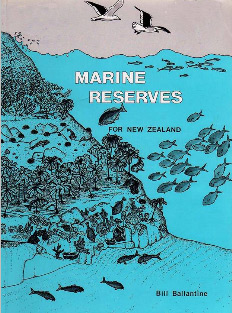