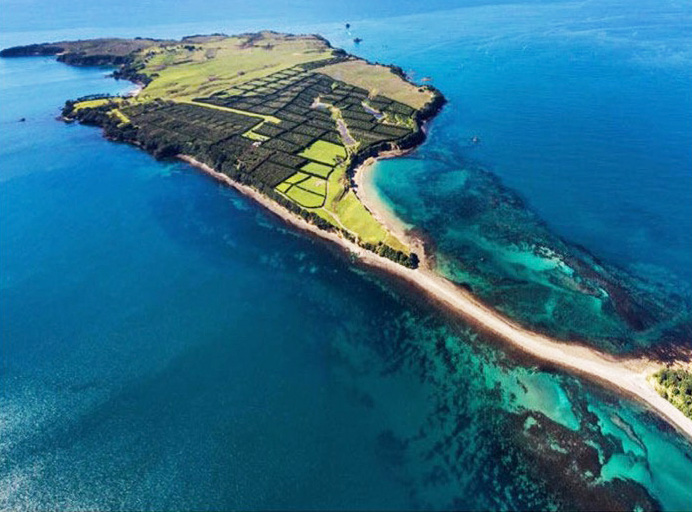 In this landmark, decision judges upheld their clarification that the RMA should work in parallel to the Fisheries Act and clarified differences in the purpose and scope between these two Acts. Motiti Rohe Moana Trust is now clear to implement their marine protection spatial plan which includes taonga areas of no fishing and restrictions on fishing methods to restore and protect cultural values and marine biodiversity. The judges stated that fisheries management under the Fisheries Act had failed to protect these values in the Motiti rohe.

There has long been a debate about whether or not the Resource Management Act has a responsibility in the coastal marine area with regards to managing threats to marine biodiversity and habitats as a result of fishing impacts. Generally, Government sources have taken a position that this is purely a fisheries issue to be managed under the Fisheries Act. Recently the Motiti Rohe Moana Trust from Motiti Island, near Tauranga, has challenged this 'status quo' in the Courts and has won at the Environment Court, the High Court and the Appeal Court. It is an important story for conservation in New Zealand. At stake is clarification on what the Fisheries Act is responsible for, and what it is not.  The decision clears the way for communities via Regional Councils and the RMA to use cultural and biodiversity protection mandates embedded in the Resource Management Act, including controlling fishing if necessary.

You can download the latest decision from the Appeal Court from our download archive at the bottom of this page.

We are preparing a special section for our web site which will summarise the Motiti story in a useful and practical manner for use in your community and rohe..........................

Here is an introduction to the story from Te Atarangi Sayers of the Motiti Rohe Moana Trust.

"Motiti Island is an offshore island in the Bay of Plenty. It is situated 6Nm from the coast. The culture of Motiti is primarily a subsistent relationship with the ocean. The last generation has seen a massive decline in the availability of marine life due to the over-exploitation and mismanagement of utilisation both from terrestrial influences and fishing pressure.

Over the past 8 years, we have been active in preparing the foundation for community approaches to marine protection through a kaitiaki Trust.

The Motiti Rohe Moana Trust
Our Vision: Protect, Preserve, Provide
Our Mission: is to conserve, protect and enhance the biological diversity, ecological integrity and cultural legacy of the Motiti Rohemoana while facilitating compatible use. 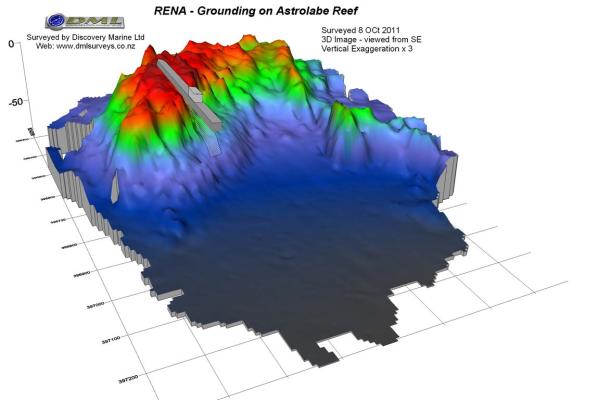 In 2013, we established a special management area for the waters around Motiti island and the associated islets under the Coastal Policy Statement (high-level regional planning framework). This was based on the ecological value that the rohe moana (area of ocean) provides to the community. We promoted a model of Stellwagen National Marine Sanctuary to articulate it to the regional authority process.

In January 2016, we started the process of implementing the marine protection strategy. The first step was the development of an application of a temporary closure under the fisheries Act around a reef system in the northern waters above Motiti Islands Rohemoana. This area suffered a significant environmental impact in 2011 from the grounding of the MV Rena on Otaiti. (S186A application and supporting documents see download list at bottom of page).

In the supporting documents we included case studies that highlighted depletion of marine life and included our proposed customary fisheries management plan which promoted a strategic need to implement ecosystem-based management for the wider rohe moana. It also provided an overview of the direction towards integrated balanced use management including aquaculture and increasing adaptive marine protection in the area. 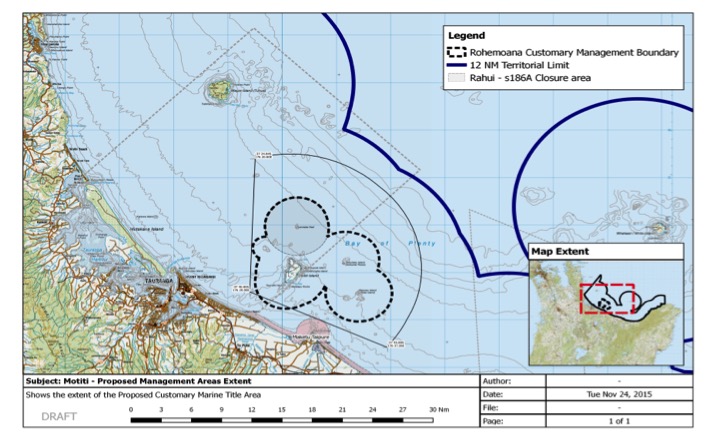 Late in 2016 in mediation for the Coastal Management Plan, we found we were at odds with regional authorities on the legality of imposing fishing regulations. As such, we made a declaration to the Environment Court to clarify the powers of regional councils in protecting marine habitat and biodiversity in regard to fishing methods. It was confirmed that they did have the potential to exercise these powers for the interests of the community and the environment.

We are now in preparation to develop the next generation of tools for regional marine protection with the coastal management plan."

To sum up this story

When the Motiti Trust were concerned about the reopening of Astrolabe Reef to fishing they applied for a Fisheries Act sec1186a temporary closure. MPI did not respond to this application and the fishing ban was lifted . 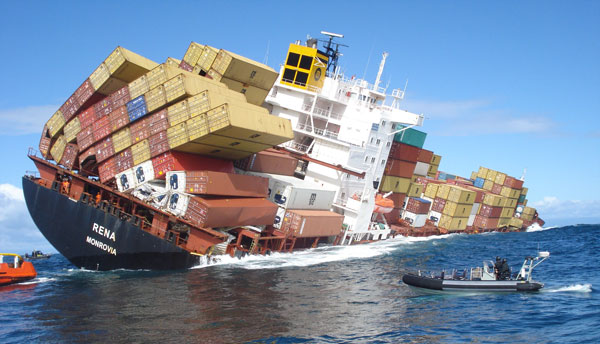 Rena wreck on Astrolabe ReefThe Motiti Trust then went into talks with the Bay of Plenty Regional Council around setting up a rahui or closure of the reef under biodiversity and cultural protection sections of the RMA Act to be actioned by the Regional Coastal Plan. The Regional Council judged this would be in conflict with the jurisdiction of the Fisheries Act and could not do this.

The Motiti Trust then challenged the BOP Regional Council in the Environment Court and won a declaration (see in document download list below) stating that:  Regional Councils could establish a rahui for biodiversity protection and cultural reasons in parallel with the Fisheries Act.  And that the two Acts should work together covering slightly different aspects of 'sustainability'.

The Crown appealed the Environment Court decision and was joined by Marlborough Regional Council who also wanted to seek clarification in this matter in regard to initiatives it was taking. The appeal was largely dismissed with the High Court ruling appearing to uphold the basic declaration made by the Environment Court. (See download list below)

There could still be further appeals from the Crown or even law changes on the jurisdiction case.

This is concept brought forward by the Rohe Moana Trust opens and exciting opportunities for communities and Hapu/Iwi to get involved in practical ways to better manage the shallow coastal habitats confronted with serious fishing pressure and biodiversity and habitat threats. The people of Motiti are now working on the next action steps to take. Watch this space.

Recently the Motiti Resource Management Team and supporting partners including Mountains to Sea Conservation Trust has been in the Environment Court again and scored another win for Conservation in the Sea. Motiti following up on their earlier Court case has proposed a spatial plan for conservation and management of the waters of their Rohe. In this plan, there are several full no-take reserves planned. Arguments in Court centred around preserving and restoring the ecological and cultural values of these taonga species and habitats ravaged from years of localised over-fishing. The ecological evidence provided in the case was not challenged - this and the decision is potentially a landmark decision which can still be challenged. Check out our updated document library and the recent news stories that give a good overview of the case. It appears the Government are still considering the implications of these important challenges to the performance of the Fisheries Act and its Ministries regarding the decline of these coastal ecological systems.

Note: 2019 dated documents are referring to the latest Appeal Court decision, along with a statement of evidence by Moana Jackson dated 2018 which is also for the latest Appeal Case. Other 2017 and 2018 documents refer to earlier Environment Court Case Motiti vs BOP Regional Council to establish spatial planning for their areas