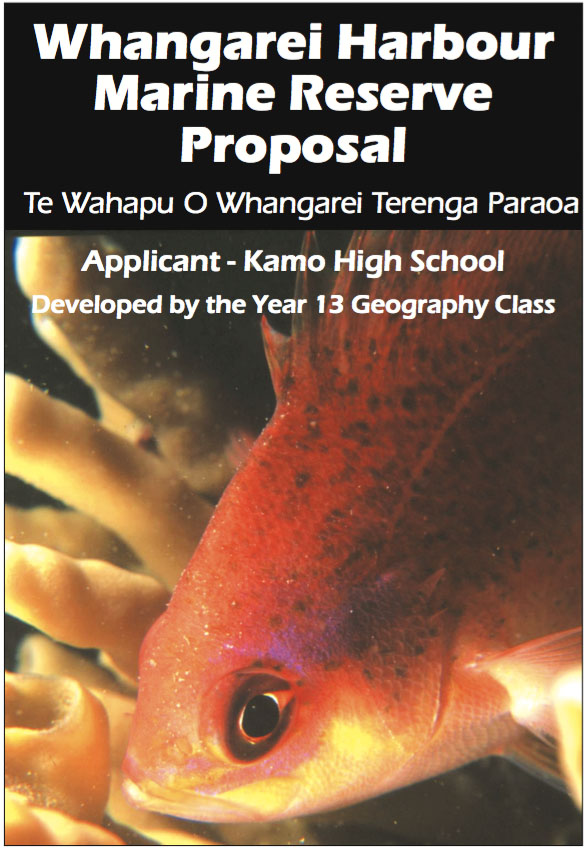 The application process under the Marine Reserves Act must be strictly followed. If the process is not followed, the application will become bogged down in bureaucratic red tape or legal challenge. This is the part of your project that all your work is building towards; the preparation of a statutory document on which the success or failure of your campaign will turn.

The guide that follows addresses the requirements of the Marine Reserves Act, which at the time of writing is the governing legislation. We also discuss strategies to prepare a proposal for a marine protection forum.

The Other Road: Preparing Proposals for a Marine Protection Forum 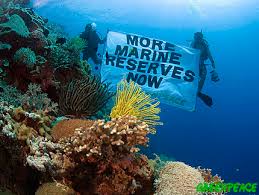 As we prepare this guide (2017), there is a change signaled by the current Marine Protected Areas Policy and Implementation Plan, which we stress is government policy and not legislation. For more than a ten year period, successive governments have tried to amend the Marine Reserves Act. Part of that effort has been to move the process to a more regional forum model, with emphasis on fuller participation of stakeholders making recommendations for the Government to action. If these changes are fully implemented in the future, individual groups may no longer have the ability to apply for marine reserves directly under the Marine Reserves Act. After more than a decade of talk in Wellington, the Marine Reserve Act has not been amended or replaced with new legislation. What's more, the Government's commitment to resourcing Region Marine Protection Forums is unclear.

An additional concern is the lack of direction or goals given to those forums which have taken place. Every group interested in marine protection must choose to:

or work to create a forum process in their region, or to participate in one when it eventually happens.

How long is this wait? No one knows. If you choose to participate in a regional forum process, you will need to develop a plan of how you will contribute your ideas or information. Because the forum process in New Zealand is still evolving, there is no set template for this. You may focus hard on making sure the principles of design are appreciated, or you may focus on preparing proposals, their justification and analysis to submit for consideration. However this works, a lot of the information currently required for a statutory Marine Reserve Application would still be useful in a forum process.

At the beginning of this task, it cannot be stressed enough that reading and borrowing from previous applications will help you enormously. Do not be afraid to approach them both positively and critically. If your work to date has been thorough, the writing of the application should not be too difficult. We have prepared a download folder of Marine Reserve Applications and Proposals in our Library section.

The purpose of your formal application document is to satisfy the relevant Ministers that the criteria of the Marine Reserves legislation have been fulfilled. If you get confused about minor matters of style or structure, always keep that in mind.

A summary of the requirements for applicants under both the current and proposed Acts can be found here:

The Legislation in a Nutshell

Keep referring to this page. If you are in doubt about including something, test it against the words of the Act.

A key point in preparing your justification sections, is to understand the concept regarding how the Ministers decides if an objection identifies an 'undue' effect created by the proposed marine reserve. In considering this decision, the Minister must balance the objection against the 'pubic interest'. In a landmark High Court case, Akaroa Marine Protection Society vs Department of Conservation the Akaroa group successfull challenged DoC in 'upholding' an objection. The judge, in his decision, clarifies the Minister's responsibility and gives examples of what constitutes the public interest argument balancing objections. When writing your proposal this is worth a careful study to help you define and describe benefits in the public interest and to marine biodiversity. 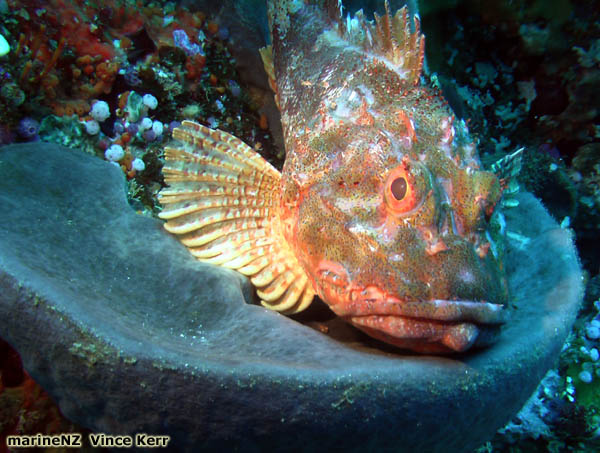 The formal application template in the DoC Handbook for Applicants 2002 is based on the Marine Reserves Act 1971. It has 6 major sections.

4. Implications for Existing and Future Users

The Handbook is clear on DoC's suggested 'ideal structure' for a formal application. It is suggested to not substantively depart from the basic structure unless the change will help you to fulfill the requirements of the MRA 1971. The Handbook recommends drawing directly on the words and phrases of the Act, particularly when describing the values of the proposed reserve site.

The Handbook format has been used with only minor modifications in a number of past Applications. Look through these model applications  and weigh up their apparent advantages and disadvantages. Some of the changes will be superficial, some will seem less efficient or attractive than the Handbook template, and some you may want to use in your own document.

This is the time of your campaign when specialization within the campaign group may be necessary. It may be best to have one or two people involved with the formal document itself: editing can become a nightmare in long and complex documents where no one is exactly sure what has been done and where it has been put. This does not mean that these people must handle all the writing and compilation work. However, it can help to keep rough drafts of various sections separate at first so that they can be slotted into a correctly formatted and prepared template.

Taking into account all that you have learned about your project and past marine reserve applications, it is time to create your Table of Contents and begin the job in writing each section.

To assist in this process we have prepared a Comparative Table of Contents from three past successful Marine Reserve Applications. In this table we make notes of how each application adapted the outline to meet the needs of their project. Word versions of the applications are listed in case there is any content you wish to copy and paste. 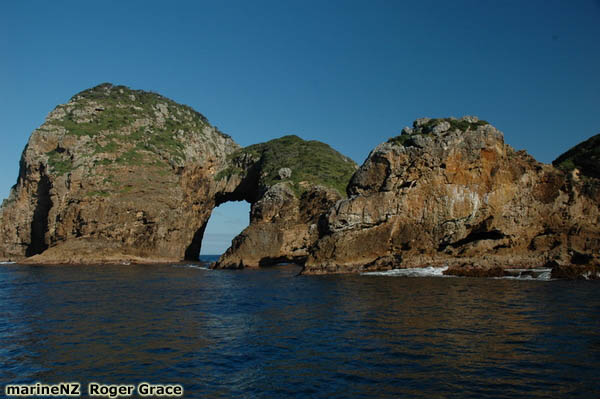 One of many arches at the Poor Knights Marine ReservesIt is important to present your proposal in the best light possible. Expand on and emphasise sections that support your proposal and show benefits of your proposed marine reserve. Do not leave out those which appear not so helpful. This is a document designed to persuade. As long as you are correctly representing the other side of an issue, it is fine to argue the merits of your own case.

Your Obligations in the Statutory Process

What should not be included in a marine reserve application

Section 4 of the Marine Reserve Act sets out restrictions on those areas able to be declared to be marine reserves, ensuring consistency with a range of legislation including the Public Works Act 1981, the Mining Act 1971 and the Continental Shelf Act 1964.

Section 5 of the Act sets out the procedure for applicants to follow, including the following key steps:

- Formal application to the Director-General of Conservation
- Publication (twice) in newspapers of the notice of intention to apply for an Order in Council, advising of opportunity to object.
- Notification of formal application to certain parties, including adjoining landowners and local authorities.
- Two-month (from date of first publication) period for objections to be made in writing.
- Three-month period (from date of first publication) for applicant to consider objections and send answer to Director-General (to be forwarded to Minister of Conservation).

Section 48. Consultation and consideration during preparation of proposal

(1) A proposal must—
(a) describe the location and boundaries of the marine area proposed as a marine reserve; and
(b) state how the proposed marine reserve will meet the purpose and principles of this Act; and
(c) contain the names and addresses of those who were consulted under section 48(a), and summarise the matters raised by them; and
(d) contain a statement of the extent (if any) to which the matters raised or considered during consultation under section 48 have been addressed in the proposal.

Section 5 provides for the Minister for Conservation to determine whether to declare approve an application for a marine reserve, with any necessary conditions.

Under the Act, the Minister of Conservation is also required to take into account whether a marine reserve will "be in the best interests of scientific study and will be for the benefit of the public".

The Minister of Conservation is also required to obtain the agreement of the Minster for Transport and the Minister for Fisheries.

Section 5 of the Act provides helpful guidance for what potential applicants should have regard to in preparing their formal application document and answering submissions. These are the criteria against which the application will be tested.

The Marine Reserves bill provides a much more detailed list of matters the Minister must considerer. While the list may seem daunting, it provides a clearer indication of what matters applicants should strive to cover in their formal application.

The Bill takes important steps toward defining an undue adverse effect and the concept of the public interest.

The Minister must decide an application, and state the reasons for the decision, within 60 working days of receiving the final report of the Director-General under section 64.

The Minister must have regard to the following matters in considering an application:

(2) The Minister may recommend the making of an Order in Council under section 71 only if the Minister is satisfied that the marine reserve proposed by the application as it may be amended under section 68, with any conditions that may be imposed under section 69,—
(a) meets the purpose and is consistent with the principles of this Act; and
(b) is in the public interest; and
(c) will have no undue adverse effect on any of the following:
(i) the relationship of iwi or hapu who are tangata whenua or who have customary access, and their culture and traditions, with the marine area concerned:
(ii) the ability of iwi or hapu who are tangata whenua, or who have customary access, to under-take customary food gathering to the extent authorised by any enactment:
(iii) commercial and recreational fishing:
(iv) recreational use:
(v) economic use and development:
(vi) any estate or interest in land in or adjoining the proposed marine reserve:
(vii) navigation rights:
(viii) education and research:
(ix) the use of the marine area by the New Zealand Defence Force:
(x) other matters considered relevant by the Minister.

(3) An adverse effect is not undue under subsection (2)(c) if the Minister is satisfied that the benefit to the public interest in establishing the marine reserve outweighs the adverse effect.

(4) In considering the public interest under subsection (3), the Minister must have regard to—
(a) the benefit of preserving and protecting marine communities and ecosystems to conserve indigenous marine biodiversity; and
(b) any benefits that may arise directly from the establishment of the marine reserve that the Minister considers relevant.

We have prepared a set of documents that summarise the tasks you must complete to satisfy the statutory requirements of the Marine Reserve Legislation. It is essential that you are completely familiar with these tasks and complete them to a high standard.